Rather than not writing about it at all just some quick notes: 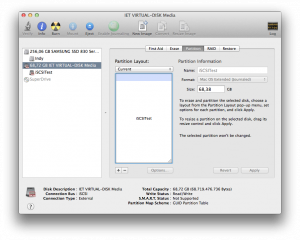 That way I was able to make the Drobo iSCSI initiator talk to a Ubuntu 13.10 ‘iscsitarget’ (thats the name of the package) on OS X Mavericks.